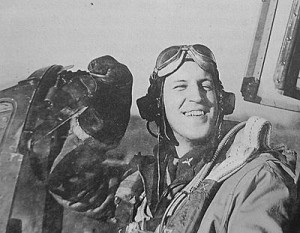 Just do a simple Google search on Major General Edward B. Giller ’40 and you’ll find an enormous amount of information about his amazing life and career. I first read his bio and thought, “why hasn’t there been a movie made about his life?” Then I realized that the only guy who could possibly play the lead was John Wayne and he has passed away. I tried to ask some questions that hadn’t been asked before that might be of interest to the ATOs.

How are you doing now… How are you feeling?
Well, I’m still here. I’ll turn 95 this year so that’s pretty good. My wife of 69 years, Mildred, passed away late last year and that was difficult. I have five children and they all get along and watch out for me. My youngest daughter, Penny lives in Albuquerque and she checks in on me and helps me with the computer. We have a large home here and I’ve decided to stay. I have a service that comes in and takes care of my needs and the house twelve hours a day and that works well. I was involved in an automobile accident last year which set me back so I have to use a walker. As long as I take things slow and careful, I can get around pretty well. I’m not in pain and I feel pretty good all things considered. END_OF_DOCUMENT_TOKEN_TO_BE_REPLACED

Robert E. Duginger (Bob) passed away unexpectedly on the morning April 6, 2013, at the age of 60. Bob is survived by his wife, Kathy, and their children, Robbie, Stephen, Emily and John of Irvine. He is also survived by his sister, Mimi Duginger of Chicago. He was preceded in death by his parents, Mary Dehner Duginger and Lynn Charles Duginger.

Bob was born on March 20, 1953, in Lincoln, Illinois. He grew up in Middletown, Illinois, and graduated from New Holland-Middletown High School. He graduated with a degree in accounting from the University of Illinois where he was a member of Alpha Tau Omega fraternity. He received his Juris Doctor degree from the John Marshall Law School in Chicago in 1978.

He practiced civil litigation defense in Chicago before moving to San Francisco where he represented Travelers Insurance Corporation. Bob and his family moved to Irvine in 1998 where he continued to work in the insurance field including his most recent job as Associate General Counsel at Alta Holdings in Irvine.

Bob was an avid sports enthusiast who cheered on his favorite teams from the Midwest; the St. Louis Cardinals, the Chicago Bears and the Chicago Bulls. On the collegiate level he showed his undying support for his alma mater’s team, the Fighting Illini. In his free time he also enjoyed fishing, golf and tennis. When his children decided to take up soccer he learned the rules and regulations of the sport so that he could become a volunteer referee in their league.

Bob was an active member of St. Thomas More Church in Irvine where he served for many years as an usher and coordinator of the altar server program. He was also a Fourth Degree Knight and past Grand Knight of the Knights of Columbus. In 2012 Bob and Kathy were invested in the Equestrian Order of the Holy Sepulchre.

Bob’s greatest accomplishment was his family. He was a devoted husband and father, and family always came first. His loyalty and strength of character led to strong friendships that lasted his entire life. He always dreamed of retiring to a house on a lake where he could fish every day, but now he has retired to a place far better.

A memorial service in Chicago will be planned at a later date.

END_OF_DOCUMENT_TOKEN_TO_BE_REPLACED

John Aymond 1980 and I visited Rex Sherman in Pekin, Illinois this afternoon (April 6, 2013) to present him with a certificate of membership in the Diamond Circle “In affectionate appreciation of his seventy-five years of membership, services and devotion to Alpha Tau Omega Fraternity”. We had a great time and I know that Rex appreciated meeting us. He said that he was honored to receive the Diamond Circle Certificate from ATO. We took him to lunch at Applebee’s in Pekin. Rex said that it was the first time in two years that he had been out of his home. He really seemed to enjoy getting out for some fresh air, a change of scenery and a good cheeseburger. END_OF_DOCUMENT_TOKEN_TO_BE_REPLACED

Please join us as we welcome our new leaders!

Alumni Association Board of Trustees 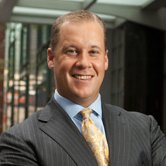 The House Corporation and other alumni have been particularly active with the undergrad chapter these last few months and we’d like to give you an update.

If you visited the house recently, you were probably not happy with its condition. It is not good. The house has experienced rough treatment by the undergrads, inadequate on-going cleaning and maintenance and many years since any significant capital improvements and repairs have been made. This has been coupled with a current group that has not been living up to our long standing tradition of excellence in academics, intramurals, community service and leadership on the University of Illinois campus. END_OF_DOCUMENT_TOKEN_TO_BE_REPLACED

After a 38 year absence, the Intramural All-Points Competition will return to the University of Illinois Campus this fall. Any alumni who graduated prior to about 1980 will remember how much fun and exciting this competition was. Fraternities were awarded points for participating, competing in and winning intramural sports throughout the year and a giant trophy was awarded to the winner each spring. Thank Dr. Don “Rubo” Rubenstein ’80 for nudging the IFC and the Division of Campus Recreation to bring this great tradition back. A personal commitment from Rubo to fund a giant trophy for the winner probably helped. END_OF_DOCUMENT_TOKEN_TO_BE_REPLACED

After careful consideration, your Gamma Zeta Board of Trustees voted to contract with Alpha Management to supplement our pure “landlord” duties for our chapter house at 1101 W. Pennsylvania Ave. Alpha Management was founded in Ann Arbor, Michigan and has been in business for over 20 years. They currently support over fifty fraternities and sororities across 16 different campuses including four other ATO chapters and five other fraternities at the University of Illinois. They will provide “hands and feet” on campus to allow us to address maintenance and cleaning issues quickly. They bring best practices and proven processes in order to hold our resident members accountable END_OF_DOCUMENT_TOKEN_TO_BE_REPLACED 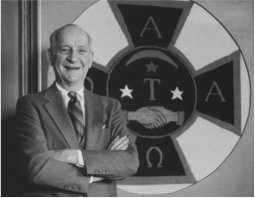 Bob Simonds ’47 blood runs about as “blue and gold” as it gets and he needs our help.

END_OF_DOCUMENT_TOKEN_TO_BE_REPLACED 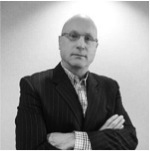 Bob Cavoto ’75, Managing Principal, 20-20 Foresight Executive Search & Executive Marketing, has agreed to lead a new alumni committee to support Gamma Zeta undergrads who have innovative ideas for new products and businesses. We have tremendous resources within our alumni network across nearly every discipline. We also have an incredibly bright and fearless group of undergrads who look at products, businesses and technologies through an entirely different lens. This new committee is being formed to develop ways to link alumni support, idea enhancement, networking, coaching and possibly even funding to our undergrads who have new and innovative product, technology and business ideas. They will also encourage and promote the undergrads to bring forward ideas and think in innovative ways. END_OF_DOCUMENT_TOKEN_TO_BE_REPLACED

Andrew Selby ’10, Account Executive at Leo Burnett, has formed a “subgroup” within our ATO Illinois Linkedin group specifically for guys who have focused their career around Marketing and Advertising. This will provide a great way for these guys to network with each other, share ideas and post job opportunities. Younger members of our network can easily find more experienced guys for coaching and mentoring support. Guys who have moved up the chain can find great candidates for roles they need to fill. AND… any of our other members who may need to hire marketing or advertising support will be able to look first to see of a brother can help fulfill a need they have, answer questions or provide referrals. END_OF_DOCUMENT_TOKEN_TO_BE_REPLACED