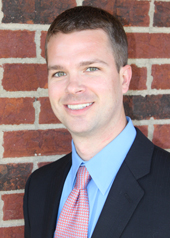 Making friends and enjoying college were two important criteria considered by Mark Zieba ’00 when he joined the fraternity as a first semester freshman. “My brother, Matt, is two years older than me and was an ATO at the University of Illinois. I met a lot of his friends in the house and everyone seemed to get along well. I decided that joining was a good opportunity.”

Mark’s educational pursuits didn’t end when he graduated in 2000 with a major in kinesiology from the University of Illinois at Champaign. He enrolled in the dental school at the University of Illinois in Chicago and graduated in May 2004. He is now a dentist in private practice at Webster Dental, 2829 North Lincoln Avenue, Chicago. In addition to his brother Matt who is in the Marketing Director at ATI Physical Therapy in Chicago, Mark remains close with many of his fraternity brothers. “Actually, there are too many to name so I won’t try. I don’t want to leave out anyone.”

Currently he and his brothers gather at The Schoolyard Tavern in Chicago, which is owned by alumnus Matt Menna, to cheer on the Illini. “There is always a good crowd of alumni to meet with and have a good time at Schoolyard.”

He was active on the board while living in the house his last three years of college. “One of my favorite memories of fraternity life was the football block at each home game. The ATO’s and members from a sorority got together beforehand at a bar and went to the football game together, sat together, and cheered for the Illini.” Mark labels his senior year as his “favorite” because he and 10 brothers decided to live in the house instead of moving out, which was tradition. “Living in the house during senior year turned out to be a great decision and I would encourage others to do the same.”

Mark credits fraternity life with helping make him the person he is today. “The fraternity had a positive influence on my life. In the house many successful guys surrounded me and that really motivated me to do the best I could. I wanted the same type of success.” He remembers this and says the positive influence of his fraternity brothers continues to impact on his life, “because everybody I am around is always doing something new and big and that makes me also want to succeed.”

Although his college friends are still his “best friends” and they see each other almost every weekend, Mark says there were many guys he was close with while in college but unfortunately they have grown apart. “If any of those guys still live in the Chicago area or are traveling here, please look me up – I would love for us to go out and get together.”

The new dentist wants to continue to help his fraternity family in another way. He urges his brothers or their family members who are traveling to Chicago to contact him if they need dental help – especially if they don’t have dental insurance or have a big procedure that needs to be done. “I will help them out any way I can.” Mark can be contacted via e-mail atziebamark@hotmail.com.

He plans to continue being active as an alumnus and makes the annual Homecoming trek to campus, always stopping by the house to see how everything is going and to meet the new brothers. “Our fraternity has always been one of strongest ones in Champaign. When I graduated it was one of stronger houses and I want to make sure they keep it going because all the alumni want to go back to a house that’s on the top.”