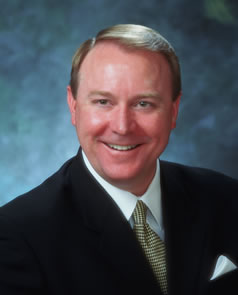 Q) Why did you join?

A) I pledged at the end of my freshman year after I had time to look around campus and meet some of the brothers. I found guys with similar interests who knew how to play winning sports, excel in academics, and find plenty of time for having fun.

Q) Tell us about your favorite memory of the fraternity

A) Running for Urbana City Council in 1979. A dozen of the brothers became deputy voter registrars, and everyone pitched in to help me beat a long term incumbent. It was the first time a student Republican had ever served. We had several campaign events at the house including the election night victory party. The mayor and the Republicans on City Coucil came to 1101 Pennsylvania with the press.

Q) What kind of influence has the fraternity had on your life since graduation?

A) Because I moved to Texas after graduation, I don’t get to see folks as much as I like, but I am always coming across Taus from other chapters including Lamar University here in Beaumont. Lessons learned, VTL, and the value of teamwork are the rewards I received at Gamma Zeta.

A) I see David Robert in Dallas occasionally. My brother Jay (Class of 1979) is out in California, so we mostly talk by phone. I’d like to find Greg Ewert. He was my pledge son.

Q) Tell us about your family: Have you married? Do you have children?

A) Married to Connie with sons Brandon and Derek. We have sons and nieces, but no daughters or nephews.

Q) What other activities or organizations were you involved with during your college days?

A) Obviously politics and the Republican party, but I participated in the pre-med society and did research in neural biology.

We surgically created lesions in immature laboratory rats’ neural pathways deep in the brain, then sacrificed them at maturity to see the influence it had on the development of the complex wiring of the areas that were connected to it.

Q) What is your nickname, if applicable, and how did you get it?

A) ‘Tish’ A short version of my last name.

Q) Did you live in the house? If so, who were your roommates? Tell us about a memorable time with them.

A) Lived with Kirk Bott my senior year on the third floor in the big room on the west end. I roomed with David Retzsch as a pledge in the Fall of 1977. Mark Everette was my pledge Dad. Spring of 1978, Eric Berg and I shared a double on the South wing. My Junior year I had the single on the 3rd floor.

Q) What do you do for a living?

Q) What affiliations do you currently have and/or public service do you participate in?

Q) What hobbies do you enjoy?

A) We have a house on Lake Sam Rayburn. So we enjoy water sports, golf, and bicyling. I gave up playing rugby when I graduated from medical school.

Q) What are your goals for the next few years?

A) I have a very busy and rewarding professional practice, so that is a primary focus. We got tort reform passed in Texas in 2003, so I have shifted my energies to national medical liability reform.