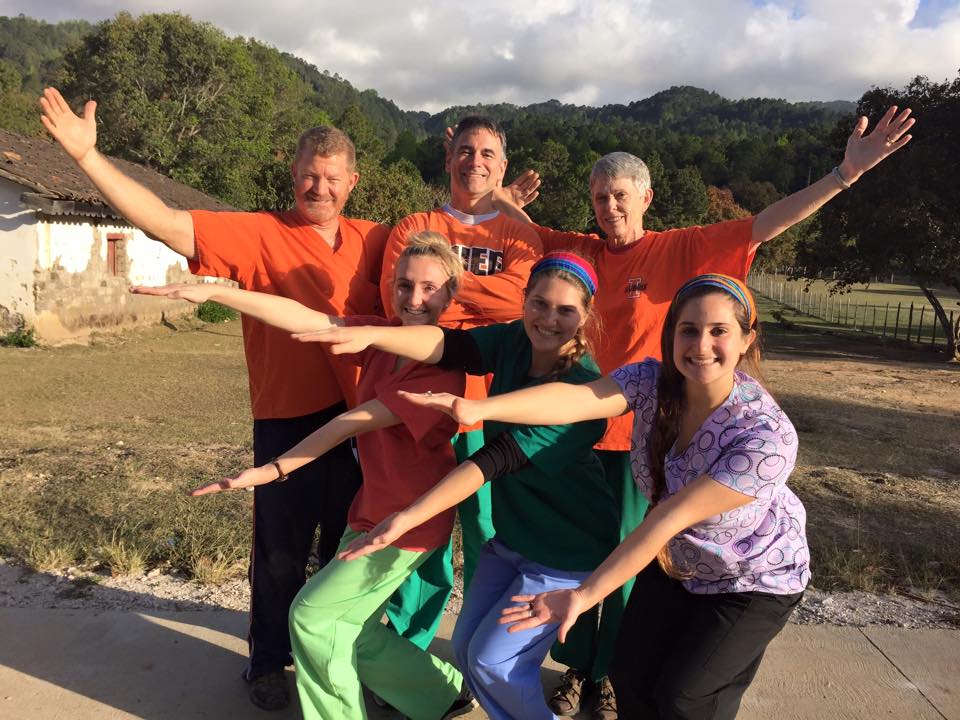 Honduras team 2 update: I tried to post last night, but the Internet was down as it was most of today.
Tuesday the team drove to one of the smallest villages we go to called Buenas Aires. It is down a dirt road from Yamaringuila for those who have been here. As was the case on Monday, we weren’t greeted with a long line when we got there for clinic, but they just kept coming little by little all day until about 1:30. The dentists were actually finished before the doctors. Ithink this only happened because they didn’t have any “problem cases.”
We were almost through with people around 2 pm to see the 2 doctors so we began to pack the medicines in the pharmacy. A few minutes later here comes a small group of people walking up to the school where we had clinic.. “What to do?” Say we are closed now or reopen which means we have to unpack the meds again. To tell you the truth, we initially told them we were closed, but after they turned and walked away, we changed our mind and called them back. One of them told me they had walked from “muy lejos” or very far. so we started the check in procedure again. Then we looked up the road and some more were heading our way including an obviously crippled lady with severe arthritis. I don’t know how far she had walked but I was so glad she didn’t walk it in vain to find us closed. We probably only were able to provide short term anti-inflammatory medicine for her arthritis but these people will walk miles just to get short term relief.
The highlight of my day was to give my 2 books of Spanish children’s bible stories to their pastor, Rubenia for her to read to the children as they waited. She & one of translators, Gabby, read to separate groups of “ninos” for over an hour. The amazing thing was that Rubenia had the older group standing the entire time as she read while showing them the colorful pictures. Not one of them left or sat down. Not sure that would have happened in the states.
After we packed up around 3:00 we drove a short way to walk out onto the Yasi valley overlook. This was on the other side of this beautiful canyon-like valley than we’ve gone before. So beautiful! I will try to post some pics from my iPhone in another post.

Bare with me one more paragraph about today, our free day. One of our dearest Honduran friends, Margot Sanchez, passed on to be with her beloved Jesus on Monday. Those of us who knew her went to her funeral this morning. It was a beautiful and typical long service, paying tribute to Margot, but also full of praise to the Lord. It was a blessing for us that Mera, who is Dilcia’s sister, translated so we could understand. She had lived with Margot for several years so I know she was grieving, but she did a wonderful job. It was beautiful singing How Great Thou Art” with them in different languages but to the same Lord.