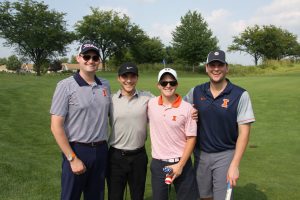 Congrats to Billy Hanson ’16, Sal Fratto ’16, Alex Karl ’15, and Jimmy Kowalczyk ’16 – for finishing 3rd at the 17th RG Swedo ’96 Golf Outing last weekend. With the lowest score of the 12 ATO teams, they are the winners of the 2018 Heldman ’98 Trophy. Thanks to Matt Massucci ’96 for coordinating this great event which raised just under $7k for scholarships – putting the total raised at nearly $260k since it started 17 years ago!

On Sunday, September 25th, the brothers of Alpha Tau Omega will be hosting a new signature event.  I’m excited to tell you about it and would like to invite you to participate with us.

Feed My Starving Children, a hunger relief organization, will be coming down to Champaign-Urbana to help us host a “MobilePak” event. During this event, over 100,000 meals will be packed for children in need. The event will be taking place at the Armory on campus, and involve nearly 500 people. The bulk of the volunteers are other Greek organizations on campus, along with other groups in the C-U area.

Our work on this event started over a year ago.  We raised most of the money which was needed to sponsor this event over Dad’s and Mom’s weekends during the 2015-2016 school year. With the help of other fraternities/sororities and your generous support, we will be able to fund the $22,000 event. Not only will this event be important in improving the name of Alpha Tau Omega, but also change the lives of so many kids.

If you would like to donate or participate, the link below will allow you to do so. There are times available all day Sunday the 25th that you can formally sign up to help through the link below or you can just stop by, pitch in or cheer us on any time you’d like.  Of course, donations directly to Feed My Starving Children will be welcomed as well and can also be done via the link below.  Thank you for your support.

Check out the winners from last Saturday’s ATO Gamma Zeta Dad’s Day Casino Night to benefit Feed My Starving Children.  Thanks again to all of the donors! 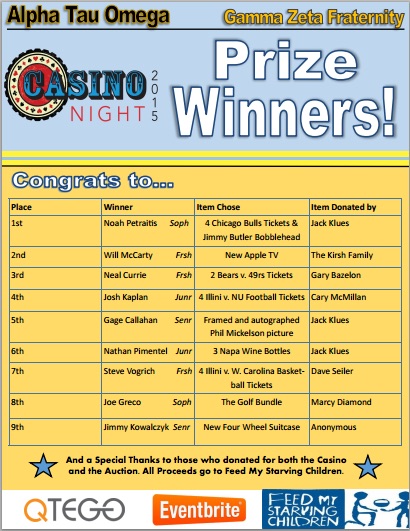 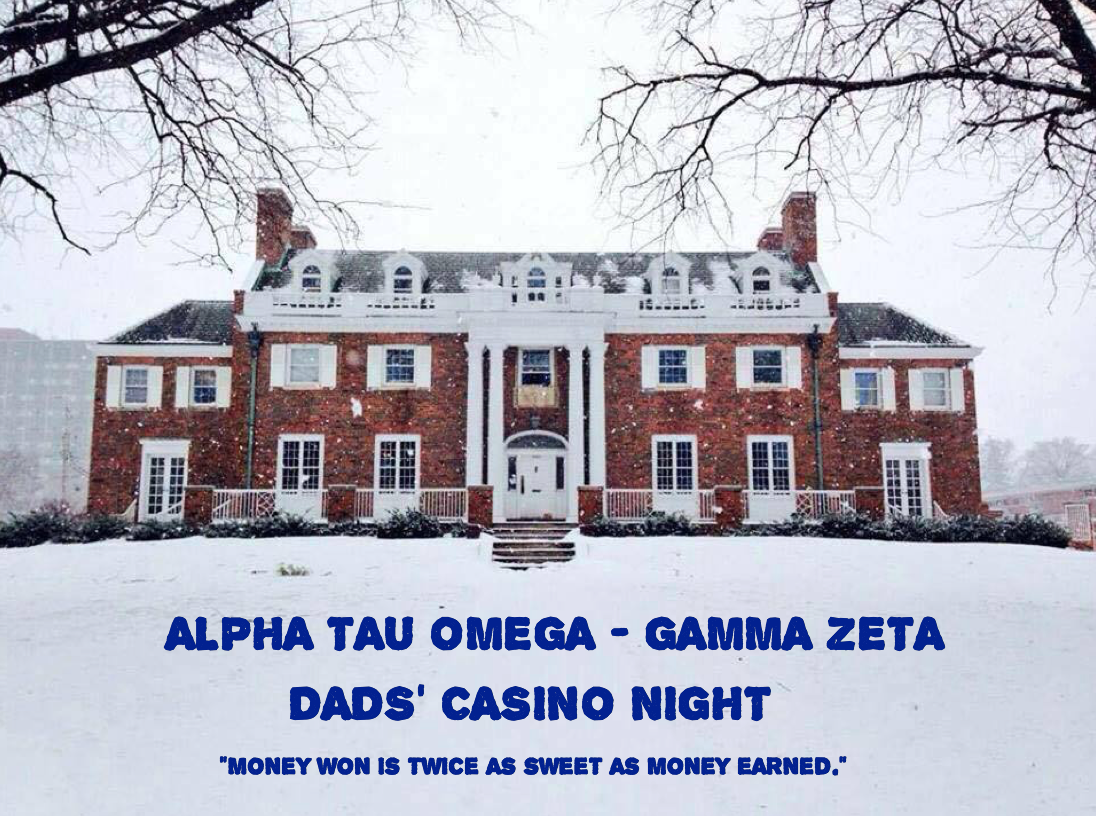 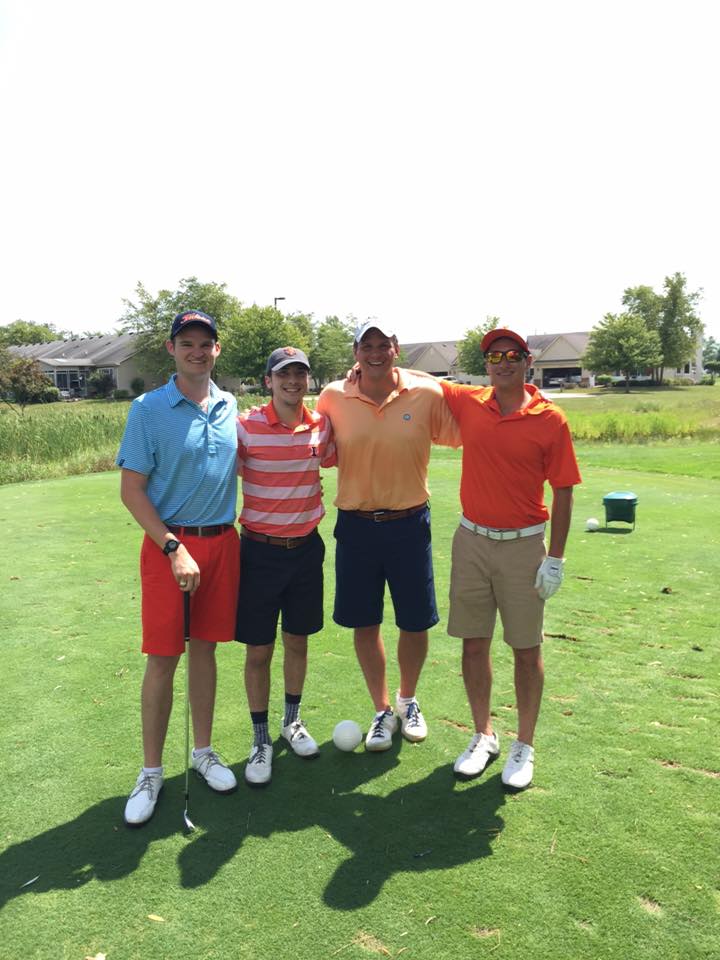 We just wrapped up the 14th Annual R Gregory Swedo ’96  Foundation Golf Outing.  We had over 110 golfers + a great group of volunteers.  Based on our bar tab – it looks like everyone had a great time….
In total – we raised over $10k, putting our 14 year total ​at​ $250k.  We awarded our 11th scholarship this year!​
​We added a new twist – awarding the Matt Heldman Trophy – to the highest finishing ATO team.  In total, we had 25 ATOs play, and 10 of the 27 4somes were in the hunt for the trophy – including 4 undergrads (special thanks to Bill Barry ’77 for sponsoring the undergrad team).
Congrats to John Bucklar for winning this year!  The​re​ was a 3 way tie at -15, which included​ John Bucklar 96, Brian Grady, Andy Clark, and Chip Aubry​.  They lost in the 150 yard shoot-out by about 2 feet, and finished 2nd overall.​  ​John also did a phenomenal job putting together a video with pictures and music full of mid 90s classics.​  Here’s a link –

For anyone that knew Greg, it is a must watch.​

Congrats to Bill “BB” Barry ’77 who was recognized today at the All Stars Project of Chicago Partners with Youth Benefit Luncheon as one of two Partners With Youth Award Winners. The luncheon, due in no small part to BB’s leadership and support raised over $500,000. Thanks to the many Gamma Zetas who attended, sponsored or donated. Hope more can join in next year. Very cool program and event!!

Some pics from the luncheon… 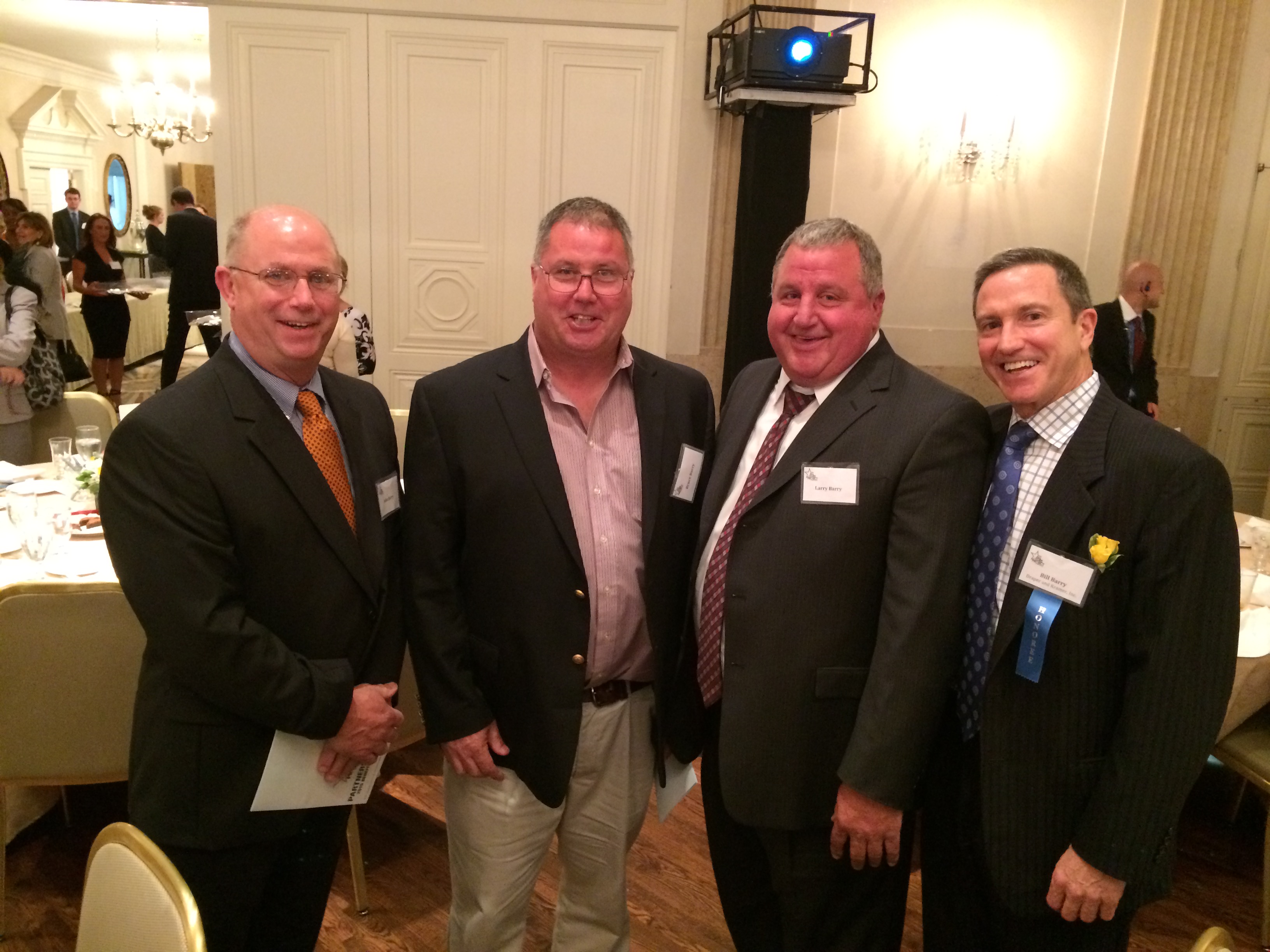 BB with brothers John, Bruce “Carp” and Larry. Dan “Dog” also attended but slipped out before pictures. Carp “80” and Dog “84” are Gamma Zetas 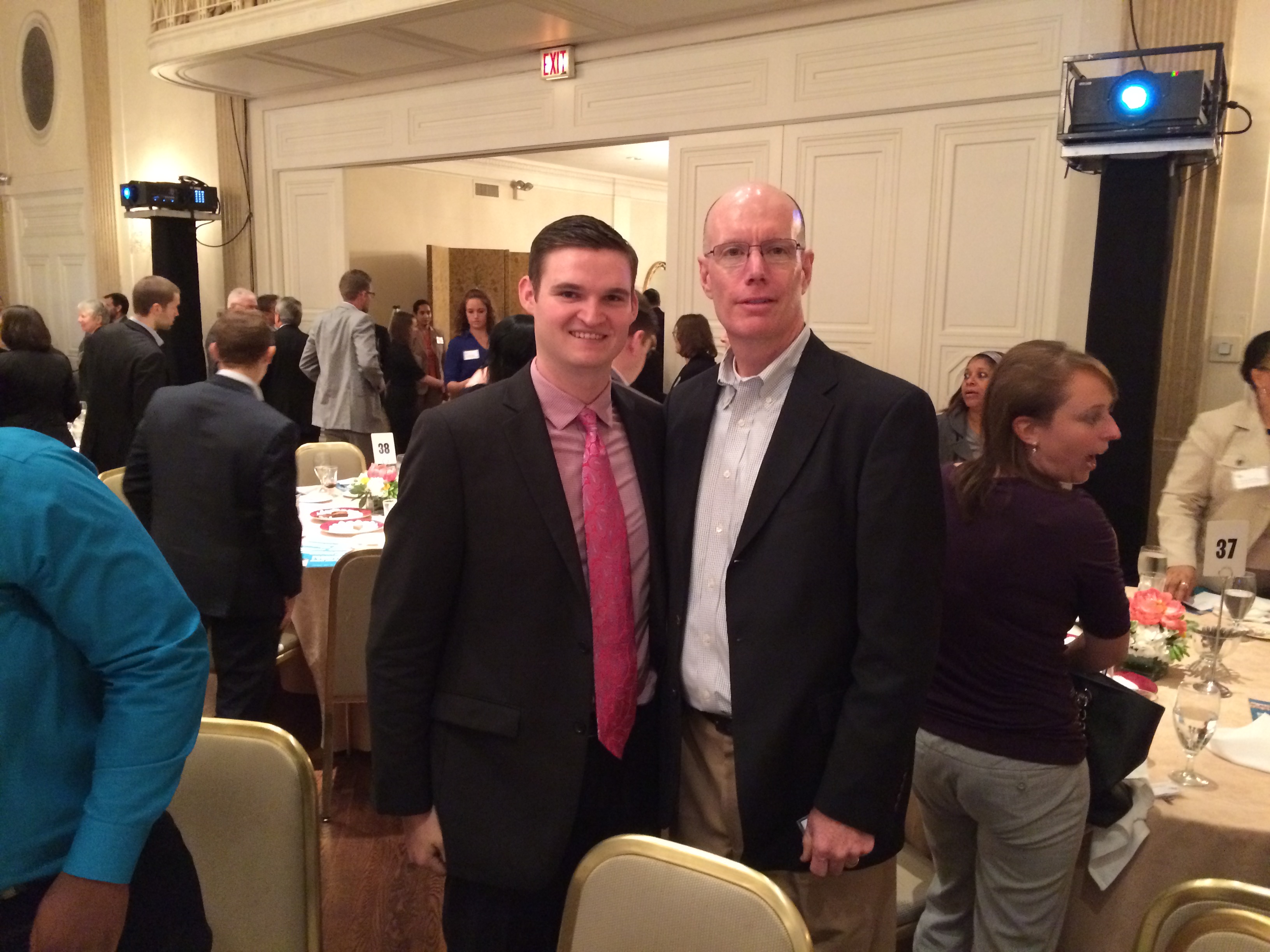 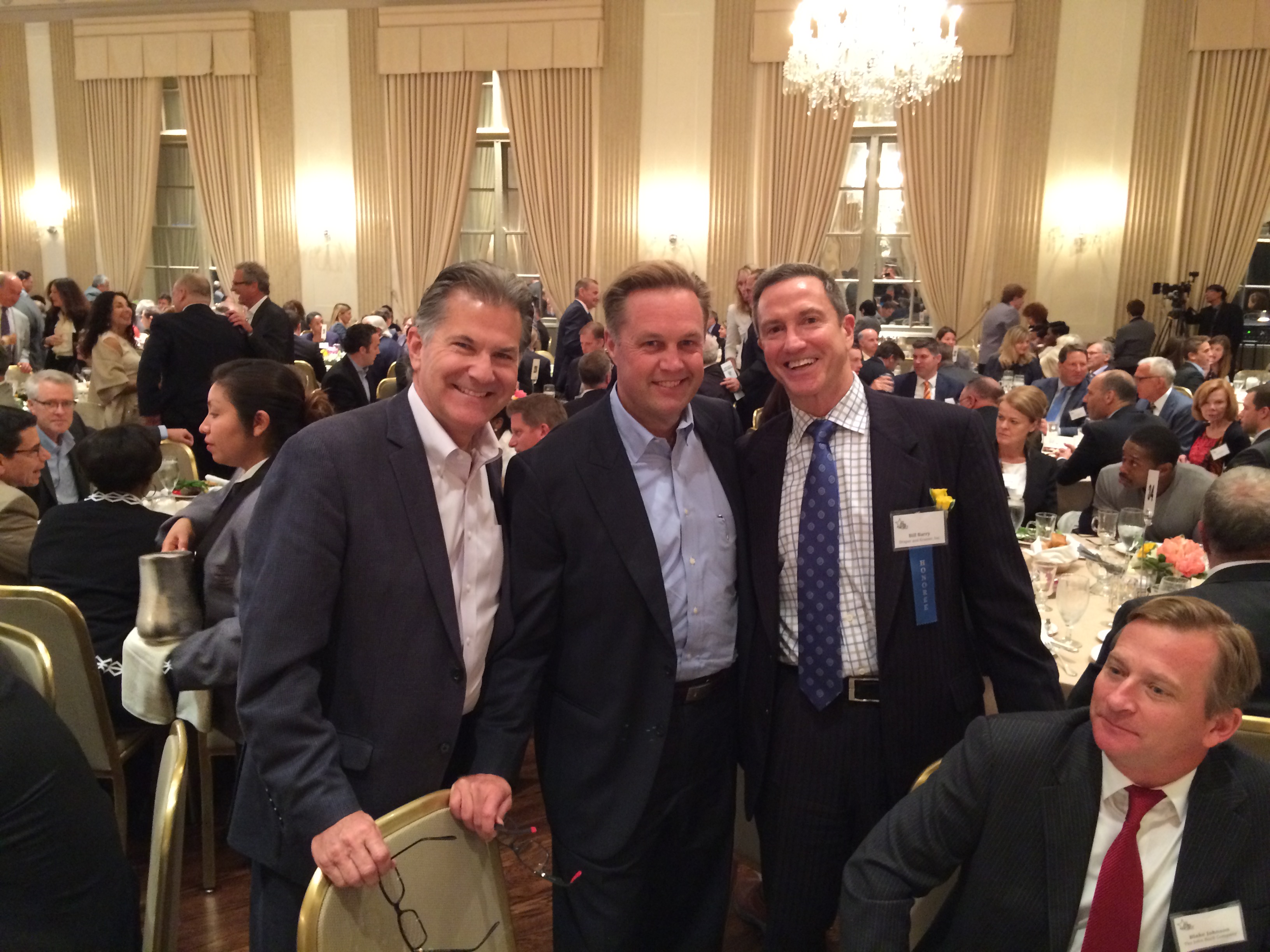 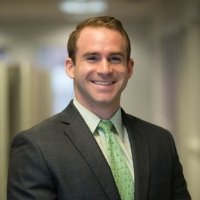 This spring marks the 10 year observance of my diagnosis of Crohn’s disease. In celebration of my current state of health, I am asking friends and family to get together and support an organization that supports local patient programs, as well as important research projects.

Take Steps is CCFA’s national walk, the nation’s largest event dedicated to finding cures for digestive diseases. It is a casual 2-3 mile stroll to raise money for crucial research for Crohn’s and Colitis. Over 1.6 million American adults and children are affected by these digestive diseases.

This cause is very important to me and I appreciate your help as we fight for cures! If you are unable to join me on the day of the event [May 30th, 9am, Montrose Harbor] please donate towards my team’s goal!   Here’s the link – 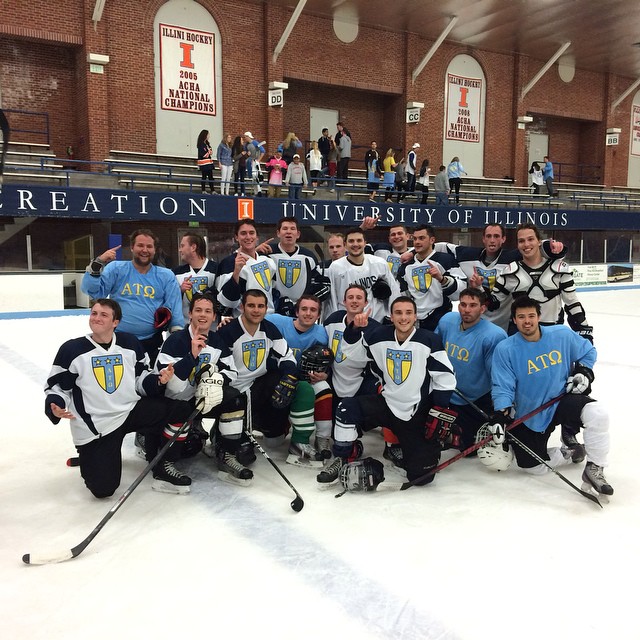 On Monday, April 27 Gamma Zeta ATO beat Pikes 3-2 in a Charity Hockey Match  to benefit Illini Veterans.  Over 300 fans attended the match and over $2,200 was raised to be donated to the Illini Veterans!!  Great job guys working with Pikes to benefit this important organization and thanks to Brett Freedland ’16 for all of his leadership to pull this off! 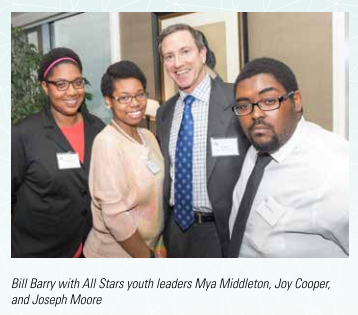 Bill “BB” Barry ’77 to be honored at the All Stars Project of Chicago 2015 Benefit Luncheon on June 16 at the Standard Club. Mark your calendars. More details to follow. 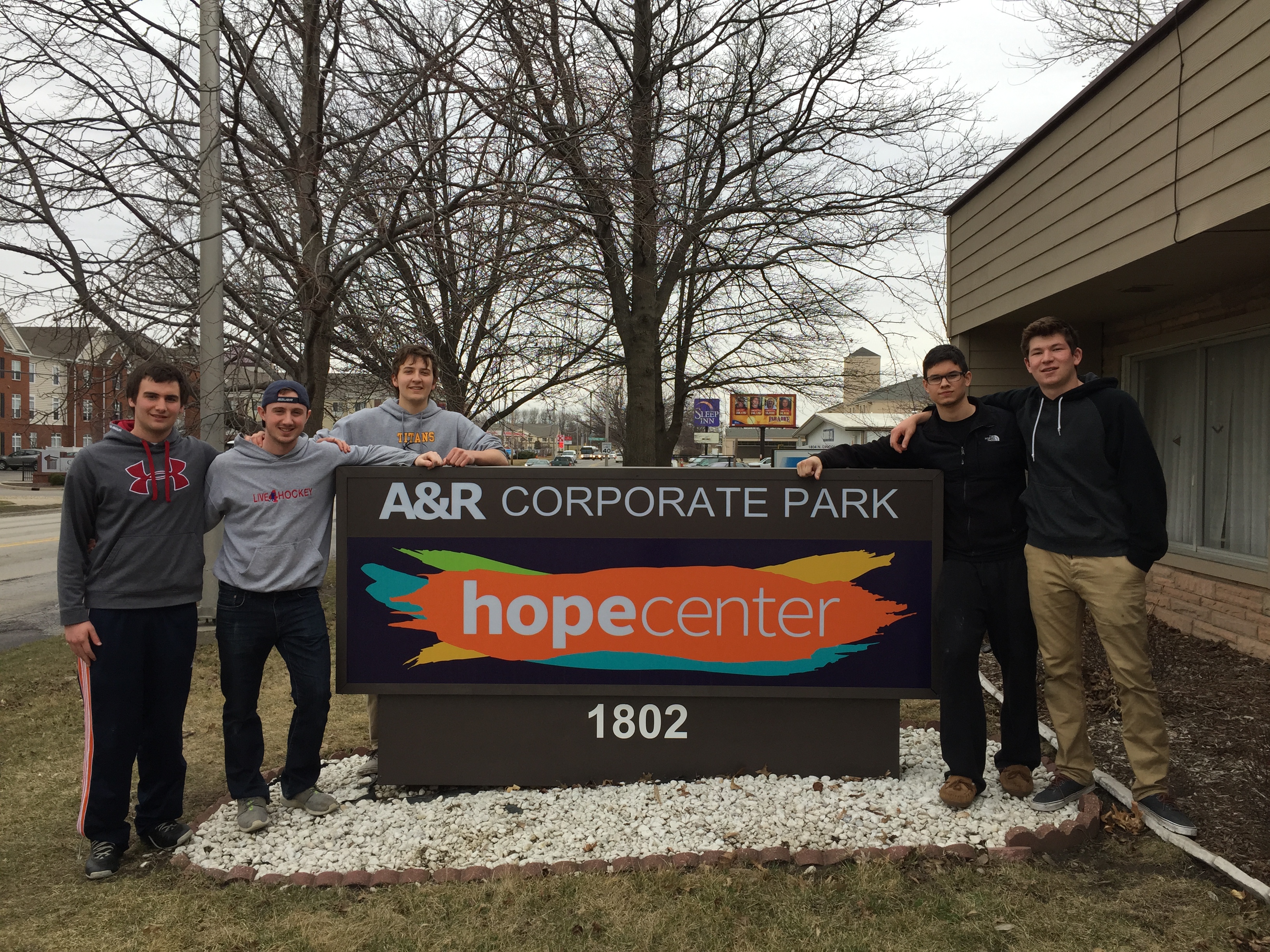 Gamma Zeta philanthropy goes beyond big events focused on raising large sums of money for big name charities. Often times the little organizations are the ones that need the help the most and it isn’t always on the financial side. In our case, the place that needed our help was in fact right in our own backyard, almost literally. The Hope Center Food in Champaign, IL was in desperate need of some renovation and upkeep. The interior was a worn down and the walls were in bad shape so we decided to step in. One of our very own Alumni and BOT member, Norm Bilsbury ’92, plays an active role in Hope Center and offered to have the undergraduate members of Gamma Zeta take a short time out of their weeks to help out. Over the course of three different days, the members of The Gamma Zeta Chapter put in over 60 hours of combined community service helping to paint the interior of the Hope Center in Champaign, Il. At the end of the week we were pleased to hear that our work had paid off and that the Hope Center was grateful for our help.