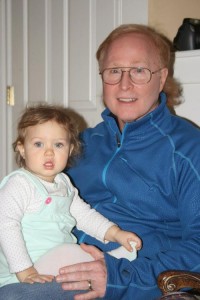 … last fall I had a very lucid, vivid and powerful dream. It had to do with the atmospheric dome collapsing on the earth and my needing to hold up the dome in order that we not all suffocate from lack of oxygen. During that night and for the next few days I felt noticeable discomfort with my breathing. that was the night before my dear friend, Florence, entered the hospital for the last time. and in the end, it was her lack of oxygen that led her to the celestial realm. I couldn’t help but tie the dream and her departure together. But later in the year I began having considerable trouble with my respiratory system.

One time in the doctor’s office, my doctor was quite concerned about the low level of oxygen in my bloodstream. At that moment I told the doctor about my dream, which of course he tried to pooh pooh. but, I insisted that we go beyond the normal diagnosis of cold/flu seasonal stuff. Fortunately, he played along with me and scheduled a number of tests. The blood tests revealed that my chemistry was in really good order, including cholesterol and diabetes. My breathing tests revealed that a hit off the inhaler allowed me to breathe better than without … no big surprise. The third test that we chose to defer until my eye surgeries was a cardiac stress test.

Flash forward to last week. After noticing signs of fatigue and breathlessness for a few weeks and after a rather uncomfortable dream with my dad, I scheduled the stress test at the local hospital. While on the treadmill, the cardiologist saw signs from the ekg that disturbed him quite a bit. He called in the angio-specialist and together they determined that I needed to get right to the operating table for an angio-look at my heart and attached arteries. They discovered that one of the three arteries was completely blocked and deformed. They quickly cleared the passageway and installed three stents to keep the artery open and secure. Just for good measure, the next day they went back in for a confirming look, and found all to be in perfect working order.

During my three day stay in the hospital, my blood pressure and heart rate were reporting very healthy signs. Incredibly, they said that they couldn’t give me beta blockers that help the heart stay peaceful (and automatic medication given to all cardiac surgery patients) because my resting heart rate was too healthy. To lower my pulse further would have brought risk from the other side of the cardiac coin. I actually went home with plans from the doctors to discontinue taking the blood pressure medicine that I have been on for the past eight or nine years.

Clearly, the year that we spent studying dreams was not for naught. We already knew that, but I know that the only reason that I am alive to share this tale is because I recognized the importance of the dream and pushed my doctors (which was more than a bit uncomfortable) to allow me to pursue the message in the dream through the three levels of tests that they prescribed. In other words, if I didn’t find myself on the treadmill, hooked up to the ekg, I would definitely have found out what the dream meant … the hard way.

I want to end with this thought … while my life was interrupted for three days, disrupted for maybe six weeks, and uplifted indefinitely, those are just medical content. the real context of all this is not medical but spiritual. The real message is one of the power of our relationship with God and knowing that the Voice of Divinity is speaking to us all of the time and in many ways. It’s up to us to become the good partner and listener to this powerful Voice.