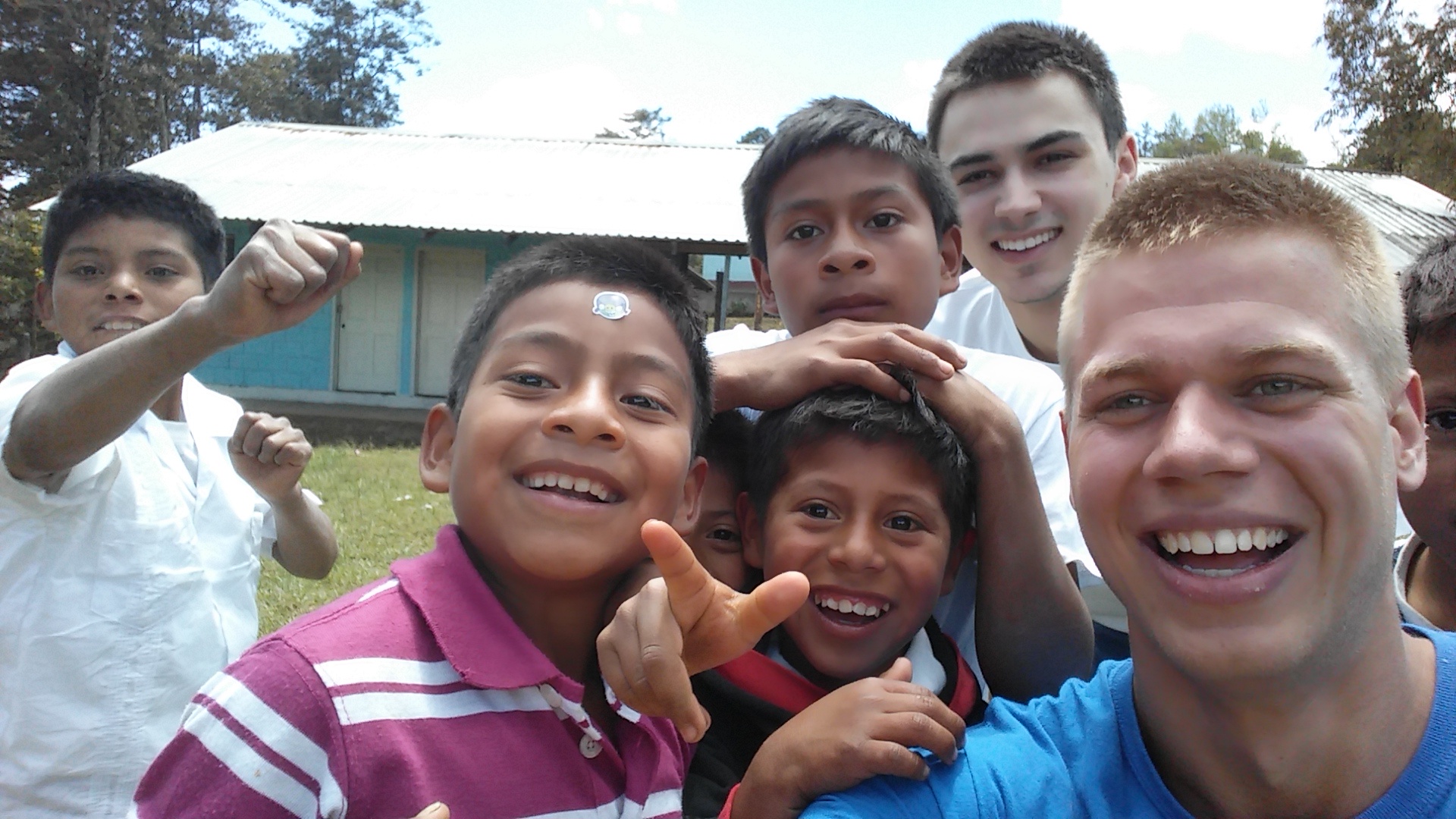 Paul and Joe with the children of El Cacao

My name is Joe Pearson and I am a senior studying Economics and Political Science. My motivation for joining the medical mission trip to Honduras was to gain insight into the Foreign Service field, which I hope to pursue after graduation. I think my obsession with international affairs formed during one of my countless discussions with my grandfather. A combat veteran of both World War II and the Korean War, my grandfather was always glued to a TIME magazine or the international section of the Tribune. Being the oldest male grandchild, he would always make an effort to discuss the latest worldly events with me but all the intricacies and details would go in one ear and out the other. I remember sitting down with him following the 9/11 attacks and asking him “Why?” and receiving an answer that was far too complex for anyone to understand, let alone a confused 8 year old.

Looking back on it though, I honestly think that part of those conversations stuck with me. My grandfather always stressed the importance of travel and to never pass up an opportunity to experience a new culture. This wisdom was usually followed by a joke about how enlisting in the military was a poor way in going about seeing the world. After watching a number of my friends travel to Italy, Spain, and Austria for a semester abroad, I kicked myself for not going outside my comfort zone and discarding the wise advice my grandfather had given me. When I read about the opportunity to participate on a medical mission to Honduras I figured that this was my chance for redemption. 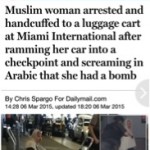 The weeks leading up to my departure I spent reading general background information on Honduras. What I saw gave me cold feet. The first on a Google was a travel warning issued by the State Department for having the highest international murder rate in the world with a murder rate of 1 per 1,100 people. That is double Belize, the runner-up, with 1 murder per 2,200 people. In addition, the U.S. Embassy recorded over 100 homicides in Honduras during the first 10 days of 2015. Nonetheless, my day in route to Honduras was relatively uneventful. After departing from Chicago I rendezvoused with a fellow ATO, Paul, at Miami International Airport. Ironically, he told me that two days prior a Honduran-Muslim ran a police barricade at the airport and threatened to detonate a bomb. You can see the headline pictured below.

For four of the days in Honduras we spent in the villages of El Cacao, Buenas Aires, Bueana Vista, and Santa Cruz. Our daily routine consisted of waking up at 5:45 a.m. to load our medicine onto the Toyota Coaster mini-bus, a quick breakfast at a local Baptist church that would serve as “base camp”, and then a bumpy ride on mountainous dirt roads to the target village. I will never forget my first step off the bus. Children in the schoolyard dropped what they were doing to stare and investigate the “gringos” who had just invaded their village. After taking us all in they immediately swarmed us, especially Paul who towered over them at 6’8”. 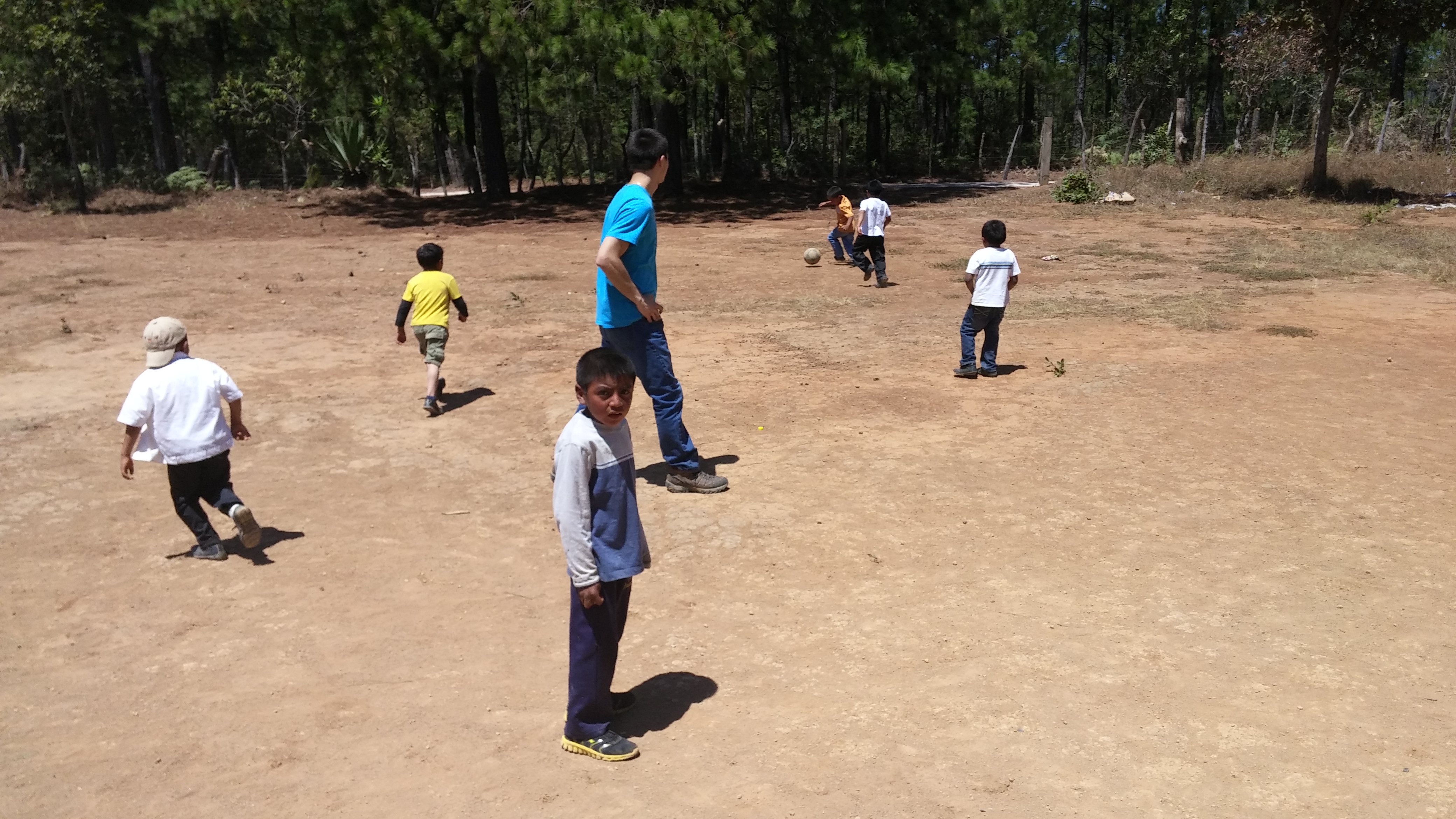 Playing soccer with the children

When things calmed down we got to work setting up the clinic. Each of the three buildings in the schoolyard would be used for the three main units of care: medical, dental, and the pharmacy. Patients would first be checked in at a table where their blood pressure would be taken and their ailments recorded. Dr. Berl and Dr. Adcock would spend their time in the medical clinic inquiring families about their medical issues, examining patients, and prescribing medicines. The prescription would then be taken to the pharmacy, where I spent most of my time at the clinic. Prescription forms would be handed off to the pharmacists, who would then collect prescriptions to be bagged (e.g. vitamins, pain/fever reliever, stomach medication, antibiotics, cold/cough medicine, creams, etc.). These would then be passed off to the “writers” who would label each prescription and specify doses. 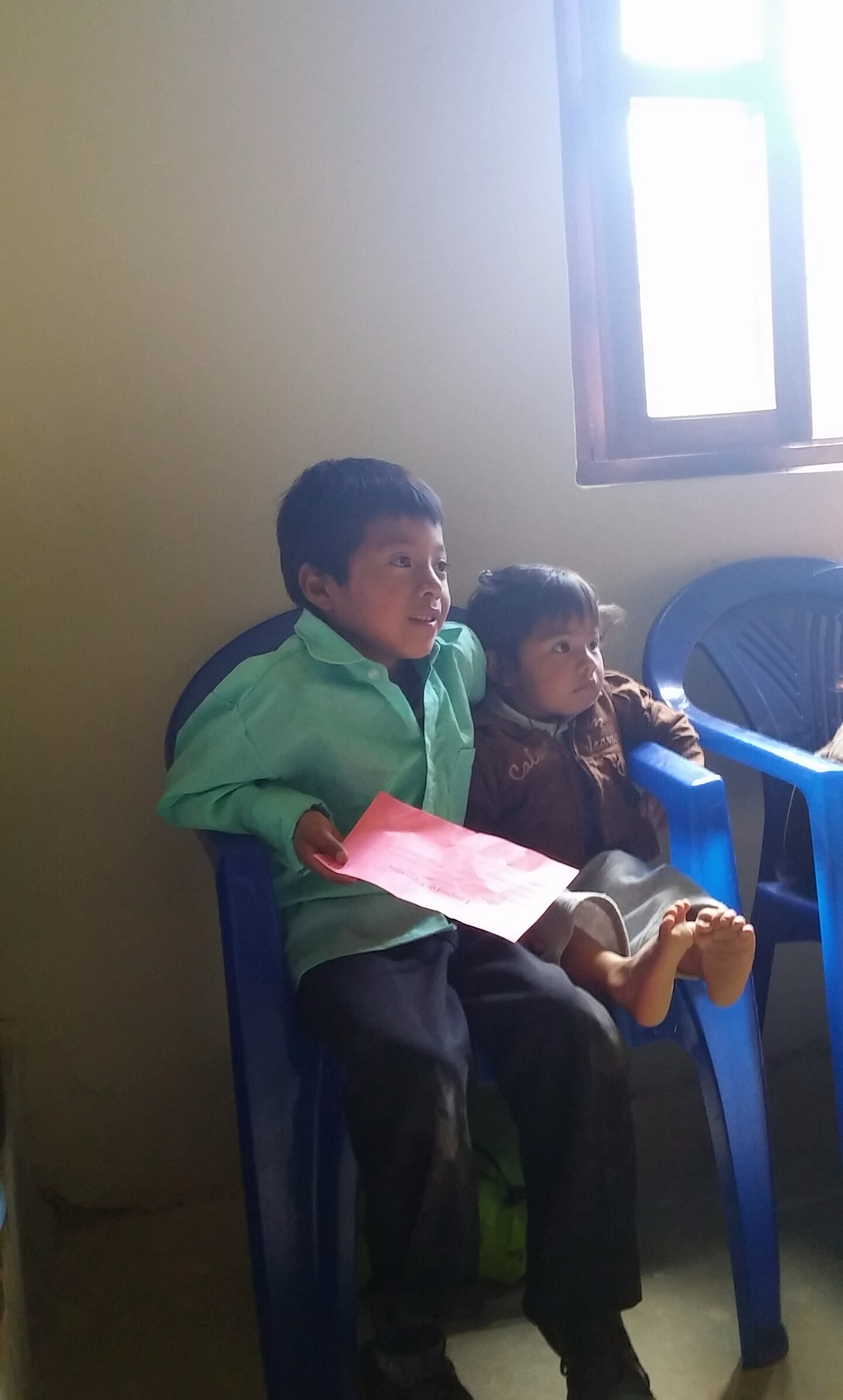 The ailments I saw both shocked and saddened me. Most of the villagers suffered from very basic illnesses such as ear and eye infections, parasites, and gripes that we could easily treat with over-the-counter drugs. An American would simply jump in their car and drive a couple minutes to the nearest Walgreens for a quick fix. However, an adult Honduran could suffer for weeks or even months from a basic infection.  On an average day we managed to treat about 260 patients, many of who would go without healthcare until the next mission trip the following year.

Looking back on the trip, I am thankful for being afforded such an amazing opportunity. Working with Dr. Berl’s mission team was a pleasure and not only would I recommend the experience to ATO undergraduates for next year but I plan on personally participating again. Once again I am appreciative of all the Gamma Zeta alumni who made this once in a lifetime trip possible.