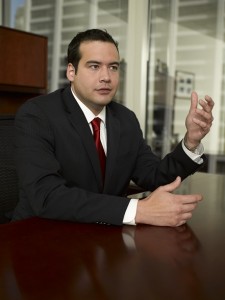 Last month, serving as first chair on two-week trial at the Daley Center Courthouse in Cook County, Jeff Scolaro returned a straight defense verdict for a long-standing client. Jeff saved his client hundreds of thousands of dollars in claimed damages when the jury returned the zero dollar verdict. Additionally, Jeff Scolaro was recently named to the Super Lawyers Rising Stars List of 2015. This was the third straight year that Mr. Scolaro was named to the list that honors only 2.5% of Illinois Attorneys under 40. The selection process includes independent research, peer nominations, and peer evaluations.