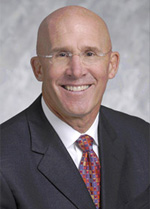 John was a three sport athlete who received All-State accolades in football and track and field. He was the state champ and record holder in the 180 low hurdles in 1964. John excelled in football and track at the University of Illinois garnering six letters and reaping both All- American and Academic All-American honors. Upon graduation, John was the all time U of I and Big Ten historical leading receiver and ranked 5th in NCAA history. Following college, John was drafted at the top of the second round in the NFL by the Atlanta Falcons. Subsequently he was traded to the Detroit Lions where he played for six years. As CEO of the Wright Financial Group, he grew his office from $750 million to over $9 billion of insurance. He was voted the top speaker at the NFL National Rookie Symposium six times. He’ll be formally inducted at the Wheaton High Schools Alumni Association annual dinner and golf outing on September 10 in Wheaton. Congrats John!!