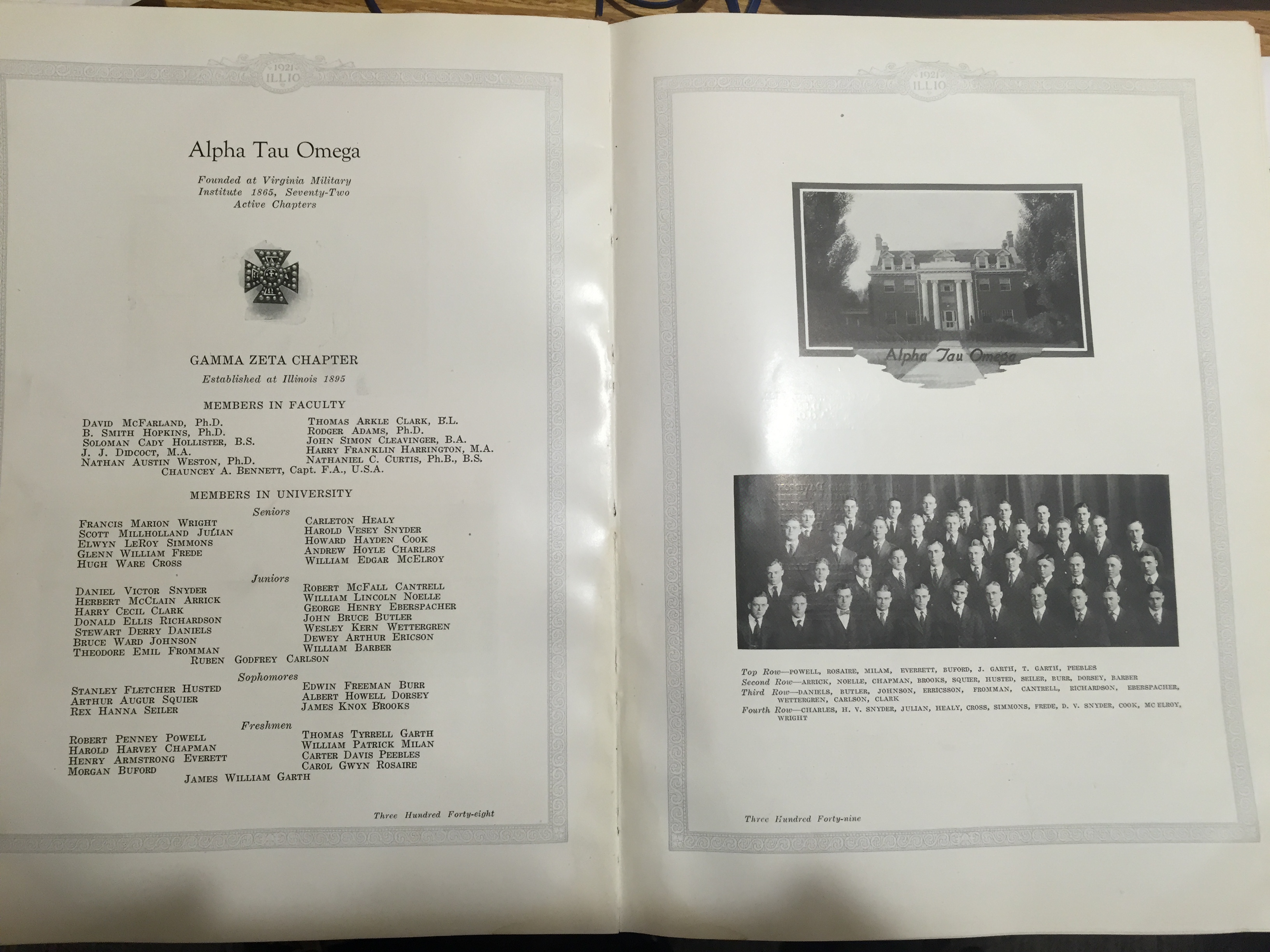 Throwback Thursday – Our undergrad Alumni Relations Chair, C.J. Donohue ’16, was in the library yesterday and came across a 1921 Illio. Take a look at the list of names who were affiliated with the chapter that year.

Undergrads at the time included:

What an incredible time it must have been to be an ATO!!