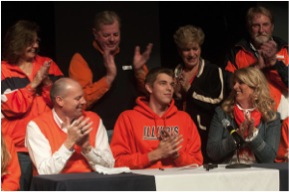 Jeff Finke ’90 starred on the Illini Basketball and football teams back in the late 80’s. Now his son, Mike has followed his dad’s footsteps to play for the Illini. John Groce announced this week that Mike has signed to play basketball for the Illini. Here’s a link to the announcement at FightingIllini.com – http://www.fightingillini.com/sports/m-baskbl/spec-rel/111613aaa.html

Congratulations to the Finke’s!! 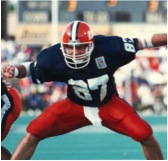