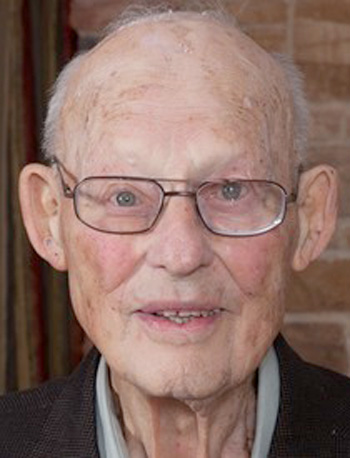 Mr. Benoist was born on May 22, 1920, in Bridgeport, the son of the late Charles and Marie (Stein) Benoist. He is survived by his wife Marjorie (Risley) Benoist of 26 years and his younger sister Marjorie Davis of Hollywood, Fla.

Mr. Benoist was preceded in death by his parents; his first wife, Shirley (Samson) Benoist, the mother of his children, who passed away in 1984, after 38 years of marriage; his sister, Ardele Kinsey; his nephew, Jim Howie; son-in-law, Rick Raney; stepson, Clark Smith; and his great-grandson, Alec Benoist.

Bud graduated from the University of Illinois in 1942, with a degree in mechanical engineering. He was a member of the ATO Fraternity. He joined Wright Brothers Aircraft in St. Louis as an engineer designing aircraft. During World War II, he joined the Navy and served as an engineer at the Naval Shipyard in Bremerton, Wash., where he met and married Shirley Samson in 1946. They returned to make their home in Mt. Vernon and Bud joined the family businesses of Benoist Hardware and Benoist Bros. Supply Company. Bud also worked with his uncles in the family oil and gas business, peach orchards, and he managed the family farm in Sandoval. Bud married Marjorie Smith in 1986, and they enjoined many years of travel, spending the winters in Florida, enjoying the outdoors at their Mt. Vernon home and especially seeing all their grandchildren and great-grandchildren come into this world.

Bud was a member of the First United Methodist Church. He was a member of the Mt. Vernon Elks Lodge and the Moose Lodge. He was a member of the weekday coffee group meeting at Kimmy’s Kitchen. He served as a board member for King City Federal Savings and Loan for many years. Bud never fully retired; he spent most mornings enjoying coffee with his son, Jack talking over business. This for him was not a job, it was what he loved to do. His great joy in life was helping those he loved. He will be missed by his family and many friends.